Blessed are the foolish -- foolish are the blessed

In this chapter of the New Testament we come across one of the most countercultural aspects of Christianity. The original Greek says that the moron of God is wiser than men. For the world, for "mainstream" culture, "moron" is an insult, something undesirable. No one in their right mind wants to be moron. But St Paul turns worldly values on their head.

What the world despised, Christians regard as badges of honour. One of the taunts that the world often uses is "loser" (though, ironically, many of those who use it often spell it "looser"). But Christians follow a loser. As St Paul is at pains to point out, there is nothing that looks more like a loser than Christ crucified. For that reason, any Christian who uses the word "loser" as a taunt for others has quite simply forgotten who his Lord is.

In recent years there has been a tendency for some to overlook this aspect of the Christian faith. There are some Christian groups that unashamedly appeal to the opposite tendency, going so far as to call their churches Winners Chapel, to give but one example.

In the Orthodox Church, perhaps as a reminder from God that we should not be seduced into that kind of worldly thinking, there is a whole class of saints called "Fools for Christ" (in Greek, sali, in Russian, yurodivi). Sali is one of the words that means "blessed"; and it is also the origin of the English word "silly". The sali are blessed fools, silly fools.

In our age, "moron" is a term of abuse, as are similar terms like "loser", "cretin" and others. In a more faith-filled age (which the secularists might call "credulous and superstitious"), however, these were often terms of awe and respect. "Cretin" is derived from the French word "chretienne", meaning a Christian. An important part of being Christian is remembering that God chose the weak and foolish things of the world, and indeed chose to become weak and foolish himself, as unconvincing in appearance as the crucified.

The calling to be a holy fool is often found within monasticsm, which is itself a call to a countercultural life. The monk renounces much that the world regards as valuable -- riches, fame and power. Yet even within monastic society, power struggles can make themselves felt, and in such a situation the holy fool can call the community back to its original vision and purpose.

One of the most revered of the holy fools is St Basil of Moscow. St Basil's Cathedral in Red Square, with its fantastic domes, is an international symbol of the city. It was built, not to honour St Basil, but in honour of a victory by Tsar Ivan the Terrible over the Tatars. Basil denounced the Tsar for his bloodthirsty battles and oppressive rule as he wandered half-naked around the Kremlin, but when he died he was buried in the Cathedral, and the people went to his tomb there to seek his prayers, and eventually it became known as St Basil's Cathdral. Jim and Nancy Forest have written a good description of St Basil and other fools for Christ.

Many of the holy fools have appeared mentally unbalanced, But Leon Bloy, a French writer, when asked about this, replied:

Balance? The devil take it! He has indeed taken it long ago! I am a Christian who accepts the full consequences of my Christianity. What happened at the Fall? The entire world, you understand, with everything in it, lost its balance. Why on earth should I be the one to keep mine? The world and mankind were balanced as long as they were held fast in the arms of the Absolute. What the average man means by balance is the most dangerous one-sidedness into which a man can fall... the renunciation of his heavenly birthright for the pottage of this sinful world (see Pilgrims of the Absolute). 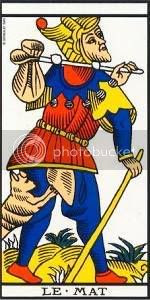 There has been some discussion about whether the fools for Christ were really mad, or were only simulating madness, to teach a lesson. Probably it was a little of both, and some were more mad than others.

Perhaps one reason for this is the emaphasis modernity placed, especially in the Enlightenment period, on the importance of humnan reason. People may have had a greater horror of madness, or even the appearance of madness. Losing one's reason was no joke. And again, perhaps postmodernity opens the way for the fool for Christ again.

Some, though not all of the Beat poet Allen Ginsberg's poem Howl

I saw the best minds of my generation destroyed by madness, starving, hysterical, naked
dragging themselves through the negro streets at dawn looking for an angry fix
angelheaded hipsters burning for the ancient heavenly connection to the starry dynamo in the machinery of night
who poverty and tatters and hollow-eyes and high sat up smoking in the supernatural darkness of cold-water flats floating across the tops of cities contemplating jazz

In parts of that, one can see echoes of the lives of fools for Christ, but perhaps more important, it reflects a society that might be more open to the message of the fools for Christ.

This post is part of a synchroblog on God's calling and choice of what is weak and foolish. Here are links to the other Synchroblog contributions on this topic:

Wonderful entry. I've always been intrigued by Fools for Christ, wondering what to make of them. Thanks for your addition to the dialog.

I'm glad you found it useful. Come back in a couple of days and you should see the links to the other synchroblog posts on this topic.

OT prophets certainly did things that, in this world, seemed extremely foolish. I haven't seen a naked prophet recently, or heard of one marrying a prostitute...

I would like to be very brave for God, but fear I shy away from the fool's risks.

I'm joining this synchroblog late with my post, My Foolish Calling.

Welcome to synchroblog, Lisa. I've added your link to the list.

I like it Steve- I have also posted a Tarot image- but I remember your comments about Rider-Waite so maybe I should not have said that!

Very nice contribution to the Synchroblog. The part about "balance" was especially interesting to me. Even prior to abandoning my extreme conservatism I preached that "balance" was a word that ought to be banned from the Christian vocabulary. Come to think of it...I probably meant something different by that when I said it then than I do now....

I suppose the key thing about balance is what the "average man" means by it.

The Tarot images strike me as so radically different that I wonder if it is the same Fool at all.

I wonder which one Charles Williams had in mind in his novel The greater trumps?