Edward Hammond is a surgeon who once, for a large fee, performed a liver transplant on Dragan Gazi, a gangster who was later on trial for war crimes in the former Yugoslavia. He is about to go on holiday when Gazi's daughter approaches him an blackmails him into searching for the accountant who controls Gazi's fortune. If he does not fulfil the request, she says, Gazi will reveal that part of his payment was the morder of Hammond's estranged wife Kate, who was indeed murdered by unknown assailants shortly after Hammond's return from Belgrade, where he had performed the surgery.

It does not appear to have occurred to Hammond that he could have gone to the police straightaway, and told them that he had new information relating to his wife's murder. But of course if he had, there would have been no story, or a very different one.

View all my reviews
Posted by Steve Hayes at 14:56 No comments:

The most alarming thing I found about this article was this paragraph, where the irony appears to be quite unconscious: Alarm as Dutch lab creates highly contagious killer flu - Science - News - The Independent:

Some scientists are questioning whether the research should ever have been undertaken in a university laboratory, instead of at a military facility.

It really worries me that "some scientists" appear to put their trust in "military facilities" rather than universities, which are. at least in theory, dedicated to more independent research.

It reminded me of the Cold War parody of a Western hymn:

The day God gave thee, man, is ending
The darkness falls at thy behest
who spent thy little life defending
from conquest by the East, the West.

The sun that bids us live is waking
behind the cloud that bids us die
And in the murk fresh minds are making
new plans to blow us all sky-high.

It worries me that "some scientists" seem to have a preference for operating in that murk.

Or, as Jeremy Taylor used to sing:

But since they tell us that "science" has won the battle of "science versus religion" we ought to forget all our outdated superstitions about human sinfulness, and rather put our trust in "some scientists" and their "military facilities".

[1] Both verses from Quake, quake, quake: a leaden treasury of English verse, by Paul Dehn.
Posted by Steve Hayes at 03:35 2 comments: 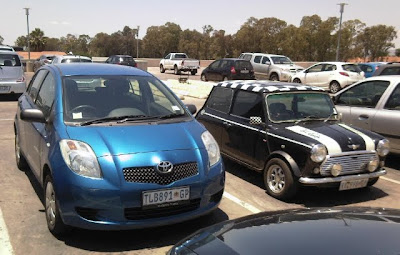 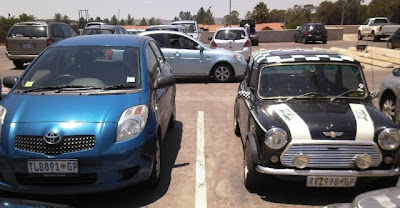 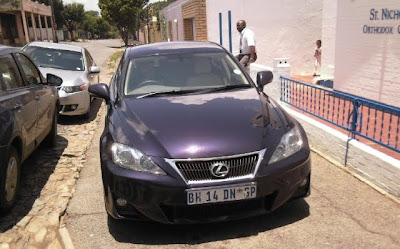 In some ways, it still makes other small cars look obsolete.
Posted by Steve Hayes at 17:26 4 comments: 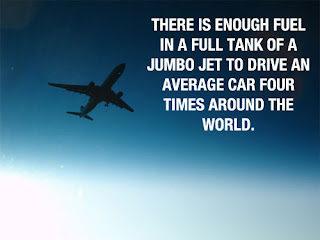 The benefits of privatisation

Since the Reagan/Thatcher era of the 1980s many formerly public services have been privatised, and according to the "free enterprise" ideologists such a change must be welcomed as entirely beneficial. They would prefer that one didn't look at the drawbacks of unregulated free enterprise.

Why does the Mafia get involved in hauling garbage? - Slate Magazine:

Organized crime appears to have a hand in trash collection all over the world, from Naples to Tony Soprano's northern New Jersey. Why are gangsters always hauling garbage?

It's Mob Economics 101: Find a business that's easy to enter and lucrative to control. Criminal organizations make lots of money from drugs, human trafficking, and counterfeit goods, but creating a monopoly on garbage collection is attractive because the business itself is legal, and public contracts return big profits.

Something similar seems to have happened to things like public transport, for example (dare one say it?) the taxi "industry" in South Africa.
Posted by Steve Hayes at 06:37 No comments: 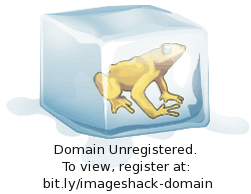 I've been puzzled by an image that appears on a number of different web sites, often quite unrelated to each other.

It shows a frog in an ice cube.

Can anyone explain its significance?

One example is the Nourishing Obscurity blog, where they appear as the background to the title.
Posted by Steve Hayes at 13:31 3 comments:

What is Union Spirit?

Union Spirit is (or was) biofuel made as a by-product of sugar refining in Natal, South Africa.

Someone asked the question "What is Union Spirit" in a newsgroup devoted to human rights, and I think it was a reference to some political slogan being used in Burma alias Myanmar.

But I remember it as a brand of petrol.

It was originally (in the 1940s) sold only in Natal, and mainly in and around Durban, where many garages would have a Union pump. In those days garages sold several brands of petrol. There were no "one brand" garages. The commonest brands were Caltex, Shell, Pegasus and Atlantic. Pegasus later became Mobil and is now Engen. Atlantic became BP.

In the Transvaal province in the 1950s there was Satmar, which was made from torbanite (oil shale) and later Sasol (made from coal).

In the 1960s there was one garage in Johannesburg that sold Union Spirit. It was in Jeppestown, and was in demand among sports car drivers because at that time the regular petrol sold at other garages was 87 octane, and not suitable for high-compression engines, even at Johannesburg's altitude

Today is World Aids Day, and this year is also the 30th year since Aids was discovered and named.

This map shows how it has spread around the world in the last 30 years: