Inkheart: characters in search of an author

Inkheart by Cornelia Funke
My rating: 4 of 5 stars

Twelve-year-old Meggie's father is a bookbinder, so she loves books and reading. One night a stranger comes to visit, and warns Meggie's father that someone called Capricorn is after a book he has, and in the morning Meggie's father tells her that they must leave, even though the school holidays are still a week away.

They drive southwards over mountains with the night visitory, whose name turns out to be Dustfinger, and go to stay with Meggie's great-aunt Elinor, another book lover, who agrees to hide the book in her library. But they had not been there for long when Capricorn's thugs came looking for it. The book is called "Inkheart".

Meggie, her father, her aunt, and the unreliable Dustfinger experience many fantastic adventures and encounter many dangers before the story ends, and it appears that the adventures continue in a sequel. It's an interesting story, in which the ordinary everyday world is invaded by fantasy people and creatures from books. 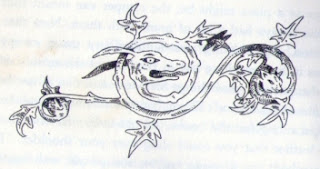 As I often do, I'm adding a few more personal comments that I didn't include in my GoodReads review. They are not spoilers exactly, but will make more sense if you've read the book.

One thing I liked about Inkheart is that it's set in the real world. It's not set entirely in an imaginary realm far away. In that sense it is like the books of Charles Williams or Alan Garner. Most of the fiction books that I have tried to write have been in such a situation, and perhaps that is why I liked this one so much.

But unlike many children's books of this type, Meggie is alone. She is an only child, but not only has she no siblings, but no friends of her own age. At one point in the story she does play briefly with some children who are younger than her, but forms no real relationships with them. Most of her interactions are with adults -- members of her family, or their friends or enemies. This is not necessarily a bad thing, but it does make her interactions with other people somewhat different.

December by Phil Rickman
My rating: 4 of 5 stars

Four members of a rock band called "The Philosophers Stone" split up after a recording session on a December night at Ystrad Duu Abbey in South Wales. It happened to be the night that John Lennon was killed, and one member of the band felt that he was experiencing the event as it was happening. The others all experienced bad things too, so they destroyed the tapes and left without completing the album they were recording.

Fourteen years later a producer tries to persuade them to get back together to finish the uncompleted album. but they have heard that bad things had happened there before, and seemed to happen at seven-year intervals, so they are reluctant to do so, unless they can break the jinx on the abbey, whose history seems to have been less holy than they had thought. 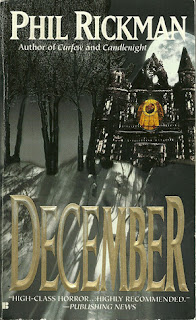 This book is vintage Phil Rickman, first published in 1994 when he was still writing horror, before he started fancying himself as a writer of whodunits, so I was glad to have found it in a second-hand bookshop, and find it was one that I hadn't read -- I've found new books by Phil Rickman in the past and then discovered that they are ones I've already read, but have been sneakily reissued by the publishers under a different title. I liked this one a lot better than some of his more recent books which are more like detective stories. In this one there are dead bodies and the police do investigate, but by the time all the bodies are counted, everyone knows who did it. It's not that I don't like whodunits. I do, and quite often read them. But there are lots of better whodunit writers out there than Phil Rickman; there are not nearly as many good horror writers.

As with most horror books there are also some pretty nasty things that happen. Why in a ruined abbey? Well, it seems that there were unholy goings on there in the past, including the ultimate betrayal. And while reading it I kept thinking of something told me many years ago by Father Ephraim of the Simonos Petros Monastery on the Holy Mountain. He said that more people go to hell from monasteries than anywhere else. It's all too easy for a monk to lose his (or her) nipsis (watchfulness).

There are some flaws. One of them was that he rapidly switches viewpoint characters without indicating which character it is, so I often found I would start reading a section, and by the third paragraph real ised which character it was, and had to go back and re-read from the beginning of the section to place the scene in my mind. That gets mildly annoying after a while.

He also included too many cliffhangers --something bad happens to one character, and just at the critical point he switches to another, and by the time you get back to the scene you find that something else had happened, and often to a different character. This is OK the first couple of times, but when it is overdone it gets tiresome, and Phil Rickman doesn't seem to know when to stop.

But aside from those rather minor niggles it was an enjoyable read.

Midnight's Children by Salman Rushdie
My rating: 4 of 5 stars

A fictional autobiography of a child born at the moment India became independent in 1947.

And as the child grows up, he feels that the ups and downs of his own life mirror the fortunes of the country. Quite a long time ago I read a novel, A bend in the Ganges, set in the time of India's independence, and from that I knew it was beset by violence. That novel, like this one, followed the history of a family, and how the family was affected by the historical events. But Midnight's Children is no straightforward historical novel. It is surreal. Or perhaps paranormal. Or perhaps magic realism. It aims to show not the mere historical events, but the spiritual significance of them. 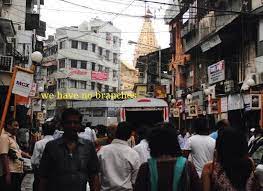 And so the children who were born at or immediately after midnight on 15 August 1947 are able to communicate with each other telepathically, and have abilities that science fiction writers of the 1950s used to indicate conventionally with the abbreviation PSI.

It is quite a dense and complex book, and I thought that, like some long and complex Russian novels, it needed a list of Dramatis Personae that one could refer to. There are so many characters that when one finds a reference to something that happened to one of them 150 pages earlier, one needs to reread the earlier incident to remember what happened and who was involved. But that means it is not the kind of book to read once and throw away. There ware things that will become clearer on a second or third, or even a seventh or eighth reading.

But now I have to take it back to the library. A few years ago I tried to read The Satanic Verses by the same author, and couldn't finish it. I found it too boring and confusing. If iot was satire, it was satirising things beyond my experience, which I couldn't connect to. But Midnight's Children reminded me of a song from 50 years ago:

Yesterday's dream didn't quite come true
We fought for our freedom and what did it do?
Now no one can see where they stand.

And fifty years ago, when we sang that song, freedom was still tomorrow's dream, but I knew, back then, that when it came and faded into the past as yesterday's dream, we would know that it didn't quite come true.

Twenty-five years ago I visited Kenya, which had been independent for just over 30 years, as India was at the end of Salman Rushdie's book. Several Kenyans asked me about South Africa, which had then enjoyed about a year of its brand-new democracy, which we had been all excited about, but the Kenyans showed no interest in that. Their questions showed that what interested them most about South Africa was the Mandela divorce, and who would get the money. They could not conceive of a politician who was not in it purely for the money. And 25 years later we have reached the same point in South Africa. And Salman Rushdie shows the spiritual reality of that, as it played out in India.