The Client by John Grisham
My rating: 4 of 5 stars

Eleven-year-old Mark Sway and his younger brother Ricky go for an illicit smoke in the woods when they come across a man trying to commit suicide. Before he succeeds he reveals to them that he was the lawyer of a man who murdered a US senator, and knows where the body was hidden - the vital evidence needed to convict the killer. Mark soon finds himself being hunted, both by the killers who want to silence him, and the prosecutors and police who want him to talk.

John Grisham is a well-known author of crime fiction, and, having been a lawyer, usually with a legal twist and quite a lot of courtroom drama. I've read several of them, but this is the only one I've read three times. I first bought it at an airport bookshop to read on a plane -- a 17-hour flight to Russia. A few years later I saw the film on TV, and re-read it then, about 20 years ago.

This time my interest was more technical -- I'm writing a book, and wanted to see how Grisham handed the dialogue of kid versus cops. But after 20 years I'd forgotten many details, so I enjoyed reading it again, and I think it is one of Grisham's better books. From the point of view of technique, it was not a great deal of help, but interesting none the less. The book I am writing is set in the past, before South Africa had television, and so I was struck by how much of Mark Sway's interaction with cops was shaped by what he had seen on TV. In many places in the story he saw himself almost as an actor in a TV drama.

When he realises the difficulty of his position, Mark thinks he needs to hire a lawyer, which is what the characters in TV dramas do. He first tries to see an ambulance-chasing lawyer whose advertising he has seen on TV, but is turned down because he doesn't have a potentially lucrative actionable injury. He randomly knocks on the door of another lawyer who has an office in the same building, who happens to do a lot of work for children, and so begins the relationship between lawyer and client that is central to the story. Mark had to learn that the law and lawyers are not always what they seem to be on TV, and the lawyer, Reggie Love, has to learn how to handle legal battles that are not usually the ones that children are faced with.

It made me think about media and children's perceptions of the law. I can remember two films I saw when I was Mark's age, one in a cinema and one in the social hall at Mount Edgecombe, then a little village isolated in the cane fields somewhere north of Durban. One was called Knock on any Door, and was dark and quite violent. The other was The Lavender Hill Mob, which was light and humorous, and had the most memorable car chase of any movie I have ever seen. Neither seemed much of a basis for shaping one's perceptions of police, lawyers and criminal law.

Mark Sway, on the other hand, seemed to see shows like LA Law frequently. But in a sense, he was the last of a generation; 1993, when The Client was published, when the Internet and mobile phones were moving from being the prerogatives of a few to becoming available to the masses, which would change to role and focus of broadcast TV. So perhaps the post-TV generation would relate to the law, the police and crime differently.

View all my reviews
Posted by Steve Hayes at 14:07 No comments:

Fever: a Dystopian Novel about a Pandemic and its Aftermath

Fever by Deon Meyer
My rating: 4 of 5 stars

I've read and enjoyed several books that envisage a scenario in which the world's human population is drastically reduced following some cataclysmic event. In Fever the cataclysmic event is a pandemic which seems uncanny in the light of the Covid-19 pandemic, which started two years after the book was published, and the book also predicted a Covid variant.

I can't help comparing it with others in the sub-genre that I have read, Earth Abides by George Stewart and The Stand by Stephen King. Earth Abides, which I read in the early 1960s, introduced me to the concept of ecology and the effects that the presence (or absence) of human beings have on the environment. 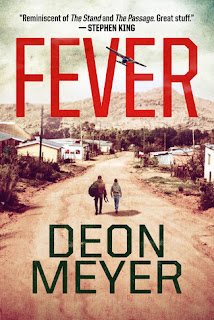 One effect of such a cataclysm, envisaged by all three of the authors I have mentioned, is a new Dark Age, where humanity is divided into isolated pockets of people struggling to develop a new community. In Fever some of these attempts were constructive, and others destructive. As in the European Dark Ages, there is an incipient feudalism, with marauding predatory gangs of bikers, who might, if they developed along those lines, become warlords and protectors that evolved into the aristocracy of the High Middle Ages. Meyer reminds us that most of the aristocracies of Europe originated in the medieval equivalents of the leaders of biker gangs.

The story is told mainly from the point of view of a teenager, Nico Storm, whose father, Willem, is aware of this danger, and tries to gather people who want to rebuild a productive community, and chooses a site by a dam on the Gariep (Orange) River which has hydro-electricity, plentiful water, and potential for irrigation of crops. They produce leaflets to inform other survivors of their community, and distribute them as widely as they can, as a result of which small and large groups of people join them.

Some of the people who join them have useful skills for maintaining the electrical generating equipment, or producing diesel fuel from plants. One, who chooses to be known only as Domingo, has military skills, to ward off the attacks of biker gangs,

The different characters of the leaders of the community also reflect different trends in society. Willem Storm, the ethical humanist, wants an inclusive society in which people of different backgrounds and interests can live together in peace and freedom, and wants the community to be governed democratically. Domingo, the militarist, thinks a benevolent dictatorship would be better, especially in the chaotic times in which they are living, Pastor Nkosi, representing the religious interest, longs for a utopian community of dedicated Christians living in a theocracy. But somehow they manage for the most part to balance these different visions. 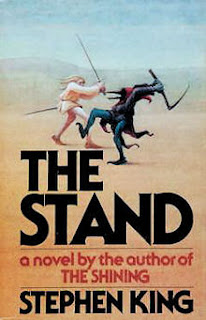 Nico Storm sees all this through the eyes of an impetuous teenager, with volatile emotions, whose loyalties and suspicions keep jumping from one person to another. Willem Storm, perhaps aware that the Dark Ages got that label because of the absence of historical information about them, is determined to prevent that happening in their community, which they call Amanzi (Zulu/Xhosa for "water"), and starts a history project of recording the history of the community and its members, and so the story is not told entirely from the point of view of Nico Storm, whose impetuous judgements and misjudgements and mood swings could give a distorted picture.

I thought Deon Meyer told the story very well, and found it an enjoyable read. The events all seemed believable in the context of the story, until the last 25 pages or so. Then it jumped the shark, and I found the ending of the story disappointing, and almost an anticlimax. It reminded me of another TV series, Dallas, which did something similar when one of the characters returned from the dead. If it weren't for the weak ending, I would have given it 5 stars on GoodReads.

But I also found The Stand by Stephen King disappointing, and more disappointing than this one, because the disappointment came much earlier in the story -- it was the introduction of a villain who smacked of cheap melodrama, the kind of opponent that Batman would have to deal with, rather than the characters in Stephen King's novel. The villains in Fever are far more convincing, and just as villainous. 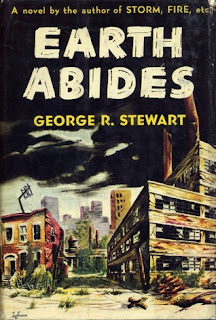 In Earth Abides George Stewart has, in some ways a more pessimistic vision, though there is less overt violence than there is in the other two books. But in that book the random survivors have no special skills, and when a community does form, it takes longer, and there is no Willem Storm to provide the vision and lead it. Most attempts to rebuild a community according to a plan fail, because there are simply not enough people with the necessary skills to carry out anything planned, and the community develops in a largely unplanned but possibly more organic way.

Earth Abides was first published in 1947, and is set on the west coast of the USA, and for years after reading it I tried to imagine what I would do in similar circumstances, if such a cataclysm occurred in South Africa. Deon Meyer was obviously wondering the same thing, and his book is the result. My imaginings were similar in some ways, but different in others. I pictured roads deteriorating rapidly, as they tend to do without traffic, and envisaged travelling by rail, using steam engines, which could be made to burn wood if necessary, and so be less dependent on imported fossil fuel.