Mukiwa - a white boy in Africa

Mukiwa: A White Boy In Africa by Peter Godwin
My rating: 4 of 5 stars

History can be dull without the personal touch, especially if one wants more than just a bare chronicle of events and dates, and it is books like this one that help to put flesh on the bare bones of history -- a memoir showing how one person and one family were affected by the events.

Peter Godwin was born in what was then known as Southern Rhodesia of British immigrant parents, The country was part of the Central African Federation, which broke up when Zambia and Malawi became independent in the mid-1960s, and Southern Rhodesia became just Rhodesia. Godwin's father managed a factory in the eastern part of the country, near Melsetter in the Chimanimani mountains. His mother was a medical doctor and as a child he often accompanied her on her rounds, helping her to vaccinate other children and sometimes assisting with postmortem examinations. This probably gave him a wider experience of life (and death) than most young children.

Some of the things he describes have strange echoes of my own life.

A man had reported the deaths of his family as suspicious, and Godwin's mother, the district medical officer, goes to his remote rural home to perform a postmortem on the bodies. The complainant wore torn shorts and a tattered T-shirt with "Things go better with Coke" printed on it. He tells Peter, then a young child, that he suspects witchcraft.

"How?" I asked. "How did they die?"
The Coke man lowered his voice still further, so I had to strain to hear. "It was a spell he said, a spell cast on them by my neighbour, who is a muroyi."
A muroyi was an African witch. They didn't have long noses or warts, and they didn't wear silly pointy hats or ride on broomsticks. African witches were much more dangerous than European witches, and they rode around on the backs of hyenas at night.
"He suspect me of stealing his goat," said the Coke man. "So he cast a spell on my family and they died."

And I was reminded of the time, 45 years ago, that I met a man, Cain Nxumalo, suffering from gangrene, and his family believed that he had been bewitched by neighbours who had accused them of stealing their goat.

There were reminders of more recent times and events, too.

Easily the single biggest life-saving aspect of my mother's practice was her vaccination programme. It was a long haul, though, to get it going. To start with, the witch doctors were totally opposed to it. A vaccination might initiate rural Africans into Western medicine and help to break down their fear of it. And for every patient who went West for medical treatment there would be one fewer for the nganga. The witch doctors put out the most hair-raising rumours abut the dreadful things that would happen to people who were vaccinated. They would be rendered infertile, they would go mad, they would die a lingering mouth-frothing death.

And one only has to look at the Internet to find similar rumours, spread by people in many Western countries, about all the dreadful consequences of being vaccinated against Covid19. 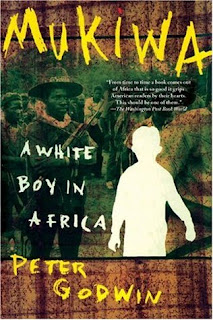 At the time Rhodesia was a British colony with self-government by a white-dominated parliament, and there were conflicting views of independence. Most whites wanted continued white rule after independence, and most blacks wanted majority rule. These conflicting aims led to a civil war, which becomes the theme running through the book, which dominated Peter Godwin's life. While he was still in primary school the Rhodesian prime minister, Ian Smith, made a unilateral declaration of independence (UDI), thus rebelling against Britain, whose government's policy was "no independence before majority rule" (NIBMAR). As a result, the civil war hotted up, with two African liberation movements, ZANU and ZAPU, fighting against the Smith government and sometimes each other, though they formed a shaky alliance called the Patriotic Front and put the letters PF after their acronyms.

Peter Godwin's parents moved to the other side of the country, and he spent his high school years in Salisbury, the capital. After leaving school he had to spend a year in compulsory national service, and he opted to do it in the police force rather than in the army. But because of the civil war, the police became very militarised, and Godwin found himself caught up in the fighting. Even as a relatively new recruit, he often found himself in a moral dilemma. He witnessed atrocities committed on all sides, and their effects on the victims and wasn't really committed to fight for continued white rule.

After completing his national service he went to Cambridge in the UK to study law, but after only a year returned for his sister's funeral. She had been killed in an ambush by the Rhodesian Army, and since he had returned, the government wanted him to do more national service, but eventually allowed him to return to Cambridge to complete his degree.

When he returned after finishing his studies, Rhodesia had become Zimbabwe, but the civil war continued between ZANU and ZAPU after their alliance in the struggle for independence disintegrated. Now practising as a lawyer, Godwin found himself defending ZAPU members who were accused of treason by the ruling ZANU party,. After the one high-profile case, Godwin became disillusioned with the law, and became a freelance journalist, and covered more of the battles between ZANU and ZAPU, though it was mainly a matter of the Zimbabwe army against civilians in the south-west of the country, Matabeleland, who were suspected by the government of supporting ZAPU.

In all this, Peter Godwin was a witness to a lot of the the fighting, and how it affected ordinary people and families, And so he describes how that turbulent and violent period in the history of his country affected ordinary people and disrupted their lives, both of his own family, and other people he came into contact with, at school, as a policeman, as a lawyer, and later as a journalist. That is the strength of the book. It adds the human touch, and shows the human cost of war and conflict. 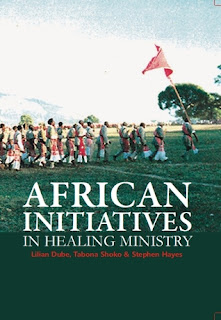 I knew what he was referring to in most instances, but mainly because about 20 years ago I got involved in the publication of a book on Christian healing ministry in Africa, with a lot of case studies from Zimbabwe, and had to read up a lot of the history to be able to write a chapter on that history to set the healing accounts in their historical context of both church and secular history. That book is African Initiatives in Healing Ministry, and it could do with a few more reviews!

Another weakness, it appears to me, is that Godwin does not give enough of his personal history. Yes, he describes his childhood in great detail, and gives a great deal of detail about the events in Zimbabwe that he was involved in, but when he left to study overseas, we only learn after his return that he had studied law. It would be good to know why he chose that field, in the same way as he told us why he chose the police over the army. Though the book concentrates on the time he spent in the country, at least a page or two could have said something about his studies overseas, He was writing a book, not a play with the scene set in Zimbabwe, so that when the actors were offstage the audience could not see them at all until they reappeared. A book need not be confined to the main setting all the time. 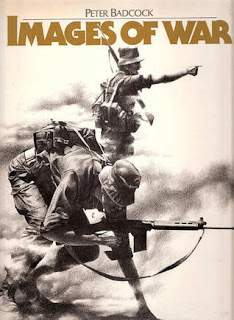 I had other personal reasons for reading this book and finding it interesting. I had several friends and relatives, contemporaries of mine, who grew up in Rhodesia/Zimbabwe, and I was curious about their life and the kind of society they had grown up in. And, coincidentally, the three that came most readily to mind were all, like the author of this book, named Peter. One was my best friend at prep school when we were aged 11. He was Peter Russell. I met him once later, in London in 1966, where he was training in hotel management. The second was Peter Bridges, who was at university with me, though he did not come back after a vacation, and I was told he had had a nervous breakdown. He was a gentle and innocent soul, and the only person I had ever met who was completely without guile or malice. I was convinced he was a saint, and wish I knew what had happened to him. The third is my second cousin, Peter Badcock-Walters, who has produced illustrated books on some aspects of the wars and violence.in Rhodesia/Zimbabwe. One of them is Images of War.

The three Peters I have mentioned were kind and gentle people, but in the 1960s, when I was a student at the University of Natal in Pietermaritzburg there were a lot of Rhodesian and Zambian students, all white in those days. And what struck me was that, with a few exceptions, like Peter Bridges, the Rhodesian students were far more racist than the South African ones, and many of them vocally professed their admiration for Dr Verwoerd and his policies, which few of the South African students did. And a lot of their attitudes are described in Godwin's book.

They were also an interesting contrast to the Zambian students. In 1964, when Zambia became independent, each Zambian student received an independence kit from the Zambian government, with a small flag, the words of the national anthem, "Stand and sing of Zambia, proud and free" (which went to the same tune as Nkosi sikelel' iAfrika) and as a group they were given funds to hold a party to celebrate independence, which they did.

Godwin's book is well-written and very readable, and well worth reading for anyone who wants to know what life in war and conflict situations is like behind the scenes and behind the smokescreen of propaganda.