Covid in the springtime

We've reached the end of September, and spring is in full swing. The Covid lockdown has lasted 6 months, and about 10 days ago here in South Africa it went from Level 2 to Level 1, but I wasn't even aware of that for about a week. The syringa trees are in full bloom, and its only when they are in bloom that you realise how many of them there are in our neighbourhood.

The syringa trees, with their pale blue flowers, are forerunners of the jacarandas, with their deeper blue, which appear about a fortnight later. The one in the picture above is over the road from us, near the railway line. There used to be several syringa trees over there, but most of them were chopped down by a mad axeman a few years ago -- see Mystery tree feller | Notes from underground

The thorn tree in the corner of our garden is also blooming, and it's only when they bloom with their yellow flowers that you notice how many of them there are in the neighbourhood.

The syringa on the left is in a neighbour's garden across the road.

Yesterday was our wedding anniversary, so we went for tea at Cafe 41, where, before the lockdown, we used to hold our literary coffee klatches, and discuss theology and literature. -- see here Genius, shades, ancestors and more | Notes from underground. But since this time last year two of our regular members, Tony McGregor and David Levey, have died, and as we sat there I felt their ghosts haunting the place with fleeting snatches of old conversations. Even if the lockdown ended with Level 0, I doubt that we could recapture those days in their absence.

We went on to Rutland Books, a marvelous second-hand book shop where I had previously found a book I had been looking for for 20 years, Orientalism by Edward Said, which is said to be the key to the mystery of postcolonialism. This time I took a list of books I wanted, that I haven't been able to find in other book shops or libraries, but sadly none of them were there.

We came home to our favourite syringa tree, no longer being stripped bare by the mad axeman. Bit just beyond were the posts that used to hold the catenary wire for the electric trains, stripped bare by cable thieves -- see Stripped bare: Looting till there is nothing left of Gauteng's rail network. About twice a week during the Covid lockdown the dogs would bark, and there would be gun battles between police and security companies and cable thieves. Occasionally one would be arrested, but there were always plenty of others to take their place. In our area most of this looting took place during the lockdown, when passenger trains stopped running, but the main line between Pretoria and Johannesburg (and Durban, Port Elizabeth and Cape Town) was stripped of wires several months before the lockdown began. I don't recall seeing any news items about this before yesterday's Daily Maverick article. But this must also be added to the cost of the lockdown, and what has happened to the jobs of those who were employed by the railways? Where are they all? It is the kind of damage that one expects to be inflicted in war time, only it is far more extensive.

It  looks as though it may be the end of the road for Facebook and Twitter, at least for me and some of my friends. And possibly for other social media as well, including this blog. So I'm posting this just in case my friends, if any, would like to keep in touch if the various social media we've used for the last 20 years or so become inoperative.


If you would like to keep in touch, try one of these


For close friends, people I've met personally who would like to keep in touch, pass on news and so on, there is the Social Proximity forum, where we can retain social proximity even if we have to keep physical distance because of geography or diseases like Covid. See here: Social Proximity.

For acquaintances, including online acquaintances, who would like occasionally to chat about anything and everything, there is the Off Topic forum, where nothing (well, almost nothing) is off topic. See here: Off Topic.

And for those who prefer more focused discussions on particular topics, there are these:

The people at Facebook decided to give ity a "new look, which for many people turned out to be a bad User Experience (UX). 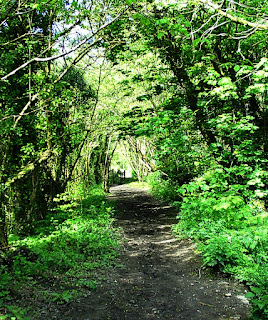 When Facebook started, they were a big success because of their simple, clean and fast user interface, which was so much better than other clunky social media sites like MySpace and SixDegrees.

Their new user interface seems to bear a remarkable resemblance to the old MySpace one, which Facebook displaced.

As a result several of my friends have already left Facebook, or threatened to, and a lot of other people will be using Facebook a lot less than they used to, including my. This morning I wanted to take a quick look at Facebook to see if any friends had any messages for me, and to look at a couple of interesting articles that frioents had shared, and I had shared too to be able to find them again, when I didn't have time to read them than. But Facebook would not let me. First I had to "Get Started" on their new interface, and they would not let me do anything else until I had done that.

I really didn't have time for that crap, so I closed Facebook and went to Twitter. It showed notifications of "Recent Tweets" -- in other words, nothing to see here, move along, nobody has interacted with anything you tweeted. So move along I did.

And now the people who run this blogging platform have threatened. like Facebook, to replace the current usable user interface with a slow, awkward dysfunctional one, so any time I post anything here, I'm aware that this blog post may be my last.

The people who write the software for these things seem to think they can improve things by adding bells and whistles and taking away pistons and cylinders. They go for eye-candy and glitzy layout, relying on the speed of modern hardware to cover for their lack of programming skills.

The trouble is that those of us who can't afford to buy the latest and greatest hardware have to put up with software that slows to a crawl. and "minimalist" icons that are so mall and faint on the screen that you need a magnifying glass to see them. So eventually we just give up.

So I'm reminded in many ways of the old Queen song, and that is my message to any of my friends or former friends who may be reading this:

Do you hear my call, though you're many years away?
Do you hear me calling you?
Write your letters in the sand
for the day I take your hand
in the land that our grandchildren knew.