Murdoch and the media: penetrating the murk (and muck)

Now that Rupert Murdoch's muck-raking journalistic empire is having its own muck raked, some things we didn't know are coming to light. Like Murdoch's fingers in the religious publishing pie.

I don't normally cite Frank Schaeffer's blog. It's in my blogroll because I read it occasionally, but I don't usually cite blogs that do not alow comments and are effectively a one-way communication. Also, Frank Schaffer is a bit of a loose cannon, always telling us what he doesn't like, but saying far less about what he does like. When I met him (in 1995) he was an Orthodox Christian. I don't know whether he still is, or what he is now, because he's always telling us what he is against, but never what he is for.

Nevertheless, I think this post of his is worth citing, and so break my own rule in order to do so.

Frank Schaeffer: Only Bad People Will Work With Murdoch Now (That We Know What We Know):

And now the Murdoch scandal has spread from the just closed News of the World to the Sun and the Sunday Times of London. So it is not about 'one bad apple' but about Murdoch's company's methods across the board, as extensive coverage in the Guardian has proved.

Former Prime Minister Gordon Brown suffered from years of criminal intrusion by the Murdoch team, including pilfering medical records of his child. His infant son's medical records were obtained by the Sun. And Brown's tax returns were hacked. Murdoch companies corrupted the police, bribed them into handing over information on their targets, including the prime minister and the queen.

I was interested in the mention of the London Sunday Times.

When I was in the UK studying in the 1960s I used to read the Sunday Times and The Observer quite regularly. In those days those two were regarded as the "quality" Sunday papers, with good news coverage and interesting features. I think that was before Murdoch came on the scene.

Then I came home to South Africa and didn't read them any more.

But 11 years ago I was in Albania teaching for a while, and when I was leaving and was waiting for my plane in the airport departure lounge I picked up a copy of the Sunday Times that someone had discarded, and was quite shocked to discover how much it had deteriorated in 35 years. Every news article showed flagrant right-wing bias, and it read like Die Suidwester of the 1970s. 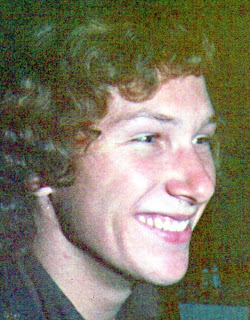 And so I was even more shocked to learn a few years later, from Cathy Wood who had worked with me in the Anglican Church in Namibia, that John Witherow was the editor of the Sunday Times and so apparently the one responsible for that paper's deterioration.

John Witherow had been a fellow-worker with us in Namibia, and I remembered him working to set up a library to help correspondence students and things like that.

It was sad to discover that he had apprently been "bought" by the Murdoch empire.

Frank Schaeffer goes on to say

So why are religious moralizers writing about high-minded ethical themes still prepared to enrich Murdoch as they are doing?

Murdoch is one of America's biggest publishers of religious books, including the 33-million seller Purpose Driven Life by Rick Warren. Murdoch is also publisher of Rob Bell's Love Wins. And he also publishes Deepak Chopra and even Desmond Tutu!

Do these religious authors -- and many more besides -- writing about ethics, love and moral rectitude wear gloves when they cash their royalty checks?

Murdoch bought into the billion-dollar American religion market. He bought the venerable evangelical Zondervan publishing house. He bought the religion web site Beliefnet. And he owns HarperOne that publishes Chopra and Tutu.

And that's where I'd like to ask Frank Schaeffer (if his blog allowed comments), which religious publishing houses one can trust?

The Murdoch empire's war mongering. Was it supporting the blood-thirsty politicians in their desire for war, or was it actually pushing them down that road?

Neil Clark: Oh, What a Lovely War! Murdoch's other legacy:

But as shocking as the allegations of illegal news gathering have been, the greatest crime of Murdoch's UK newspaper empire has gone largely unreported. Namely that no other newspaper group has as much blood on its hands when it comes to propagandising for illegal and fraudulent military conflicts.

And as for the revelations of British police corruption, they make Jackie Selebi's peccadillos look quite innocuous by comparison.
Posted by Steve Hayes at 10:26

The danger is [and I accept all which has been said about Murdoch et al] that there might be an excuse here for clamping down on the press.