Last Tuesday we left Pretoria for a holiday, travelling around seeing people and places. On the first day we drove to Clarens in nthe Eastern Cape, where the trees, especially the Lombardy poplars, were in their yellow atutumn beauty. 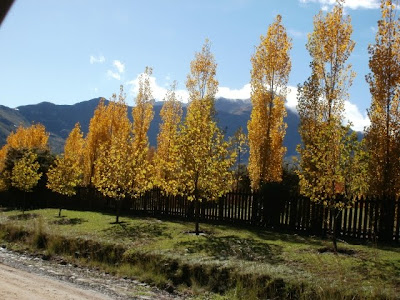 On Wednesday we drove to Graaff Reinet, to spent a couple of nights at Villa Reinet, run by Steve's cousins Nick and Ailsa Grobler. Thursday spent visiting the Valley of Desolation and Nieu Bethesda. where real ale was available. 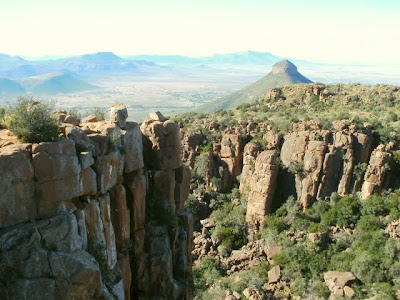 The Karroo Ale is brewed on the spot, and one drinks it in a room that feels like something out of Tolkien, The sign of the pracninbg pony at Bree, perhaps. 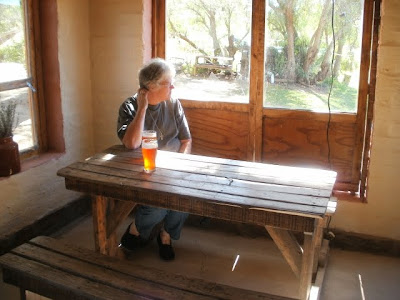 Since Lion Ale was withdrawn from the market by South African Breweries some 20 or more years ago, no ale has been available, until these guys at Nieu Bethesda starteds brewing this -- on the l;eft is Honey Ale, which Val had, and the right Karroo Ale, which I drank. 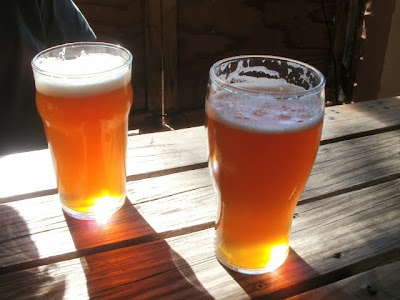 The sun through the ales is enough to make anyone smile :-)