In This House of Brede by Rumer Godden
My rating: 5 of 5 stars

When I started reading this book, I did not expect it to be so good. But when bookshops and libraries were closed during the Covid lockdown I began making a list of books on our shelves that I had not read. I don't even know how this one got there -- I think it may have been one I inherited when my mother died. Bit I had no hesitation in giving it five stars. 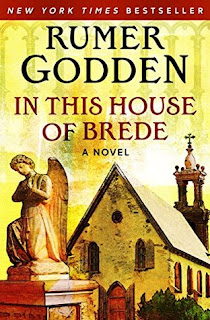 In spite of its informativeness, however, it is not simply an "info dump" (that bane of would-be fiction writers), but it is a human story, and the characters stand out as real human beings.

It also brings out clearly how the monastic life, though more intense, is not essentially different from the Christian life in general. One scene that brought this out particularly strongly was when a novice nun receives letters from a man who had been in love with her for a long time. He addressed her by her secular name, pleading with her to leave the monastery, abandon the monastic life and marry him. She would not reply to his letters, saying she would only do so if he addressed her by her monastic name, thus acknowledging her decision and her right to make it. She asked the Abbess if that was not right. "It's right," said the Abbess, "but is it kind?" 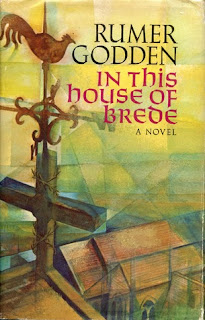 That reminded me of the saying, quite commonly uttered in the time that the story is set (the 1950s and 1960s), that it is better to do wrong for the sake of love than to insist on doing right because of my lack of it.

There is sometimes a perception that it is easier to be a Christian in a monastery, because one is protected from the temptations of the world, but this book does nothing to promote that view. Orthodox monastics I have known have often spoken of the monastic life as "my repentance", and that is more its distinguishing feature. In the monastic life it is no easier than anywhere else to become perfect. It is, however, easier to become aware of one's imperfections.

Western monasticism, or perhaps one should rather say "religious life", differs from Orthodox monasticism in having many different forms. There are monks, sisters, canons regular, mendicant friars and a whole lot of others. 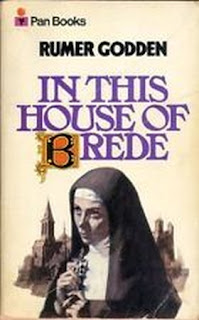 
View all my reviews
Posted by Steve Hayes at 10:21

I received this book as a gift from family friends when I was about 16. They knew I was drawn toward becoming a nun when I was a child. Did not happen, but I really liked the book. I pulled it off the shelf a year or two ago and read it again, now in my early 60s and Orthodox (after +30 years a "low church" Protestant). I liked it even more, especially with a lifetime behind me. I could appreciate the characters and the writing much more. I noticed that I don't view the Vatican II changes in the same way I did as a teenager. Then, I was happy about those changes, how they seemed to "free" the nuns. Perhaps they did in significant ways, but I'm not sure now about how successful, spiritually or otherwise, that experiment has been over the long term. In any case, I would agree with your five stars!

It is therefore rather strange to see Orthodox Christians advocating something called the Benedict option when it is very un-Benedictine.

I suspect that the Benedict Option is a good deal more "Benedictine" than you give it credit for. The earlier post of yours that you link to was written during the period in which Rod Dreher was working out what his inchoate idea of the "Benedict Option" really was; and in particular before he had even begun to write the book of the same title, in which the fully-formed idea was presented. I recommend the book.

Of course, your reference to the Benedict Option is ancillary to your book review and I don't want to get into the weeds of whether it's a good or bad idea. But I do recommend that you read Rod Dreher himself. He is a faithful Orthodox Christian and can be quite thoughtful and insightful.

I thank you for your review of the Rumer Godden novel. I have requested it from our public library and will read it, based on your review.

I'll join with Chris Jones in expressing approval of Dreher's benedict Option book, and also will recommend its companion book, Live Not by Lies, which some readers might want to read first although it is the more recent book. I bought copies of both books for a number of people, which is not to say I agree with every sentence in them, but that I think Dreher's reading of the times is probably more accurate than that of almost anyone else known to me. In the most general terms, I'd say that, a thousand years and more after the christening of the West, Dreher perceives the de-christening of the West and the construction of a new and false reality by "progressives," and has learned from monks and dissidents about ways we should respond.