When it started, this platform was easy to use, and provided a quick and easy way to link to web sites with interesting ideas and to comment on them.  It also had a useful search facility, so that one could find blog posts on interesting topics by searching on tags. As my academic field was missiology, I searched on that, and found that quite a lot of bloggers who wrote about missiology also wrote about "emerging church". I followed that up, and found quite an interesting phenomenon, which seems to have died out now, but was quite strong 15 years ago. You can see some of my blog posts on  the emerging church here.

However the host of these blogs at Blogspot decided to make improvements -- they never could learn the truth of the slogan "if it ain't broke, don't fix it". They made everything harder to use, and broke the beautiful tool for searching for blog posts on a topic, replacing it with the clunky Google+ (which they subsequently abandoned) and eventually it became so hard to use that I moved this blog to Wordpress, a different blogging platform that was then easier to use. So most of the posts between 2010 and 2020 will be found there.

But then the people at Wordpress, also neglecting the "if it ain't broke, don't fix it" adage, messed up their user interface, making it more difficult to use than the Blogspot one, so, I moved this blog back here. You can still see my blog posts on the WordPress site, only there haven't been any new ones since February 2020, because all I can see when I try to post a new one is "A Script on this Page is Busy".

The current favourite posts, which people have been reading recently are these:

Blogging is not as popular as it used to be. 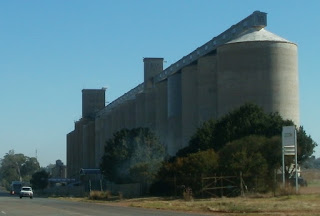 The best years for blogging were probably 2007-2012, when the Web was really a web that connected people. There were sites like Tumblr, which aggregated blogs, so you could give people one Tuimblr address and they could see a kind of index of all your blog posts  on various platforms. But Tumblr lost most of its functionality years ago. There was Posterous, where you could post on the fly and on the move to various blogs and blog platforms, but that disappeared as well. There were tools to help you find blog posts, like Technorati, MyBlogLog and BlogCatalog, but these were gradually taken over by big conglomerates like Google, Facebook, Yahoo and Amazon, who didn't like the connectivity of the web, and preferred to break the strands and keep you in silos instead. So blogs tend to become isolated -- one blogger, one silo. GoodReads is breaking its link with Twitter, so the web is becoming less of a web as one strand after another is broken.

But I still keep blogging, and as I say at the top of the page:

The main aim of this blog is to interpret the Christian Order in the light of current affairs, philosophy, literature and the arts -- and vice versa. So it's about ideas. Social, political and religious comment. Links, notes on people, places, events, books, movies etc. And mainly a place where I can post half-baked ideas in the hope that other people, or the passing of time, will help me to bake them.

And for those who would like to say more about such things, and more interactively than is possible in blog comments, please consider joining the Christianity and Society forum.
Posted by Steve Hayes at 21:17

Now the tools we once used to find information are feeding us information that they think we would like to see.

I much prefer to seek and find information for myself.