My love-hate relationship with my Android cell phone

A few months ago I started getting notices that my cell phone was due for an "upgrade". I had "upgraded" it two years ago, found that it was in fact a downgrade (the camera on the new phone was completely useless), so I kept the old one, and gave the new one to my son, who didn't care whether the camera worked or not. 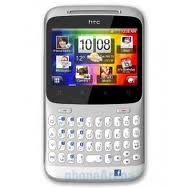 This time I looked at what was on offer, and was after the one with the best camera specification. And the only one that fitted the bill was an HTC Cha Cha, which had, so it said, a 5 megapixel camera, which was the same as Val's old Samsung, which I had inherited last time she upgraded. So that's what I went home with.

I also bought a magazine-sized book on how to use an Android phone, since that's what it was. It seems that the more complicated the phone, the less they tell you about how to use it. So i bought the extra book and began to read it.

I've had my new phone for about 3 months now, and, book or no book, I'm still battling to use it.

This one has a QWERTY keyboard. That looked nice. I could get an "s" by pressing once instead of four times. What was not apparent at first sight, though, was that unless I was using the phone lying flat on my back in bed, with the bedside light on, I could not see the number buttons. Presbyopia and all that. And since some numeric key pads have 789 on the top row, and others have 123, you can't really learn to do it by feel. That was probably the most stupid design decision of the 20th century.

It has a special blue button for sending pictures to Facebook. That looked as if it could be nice, except that it only worked about one time in 5. It has a button on the screen that you press to take a photo. It works about one time in five too. I once took a photo and then pressed the Face book button to send it, and it took a photo of the floor when I pressed the Facebook button and wanted to send that. 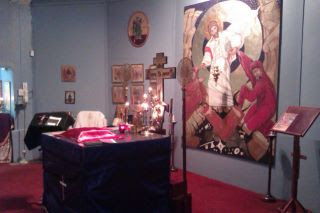 It did send the photo I took in church last night, while waiting for the service to begin. It never did begin; our priest, Fr Athanasius, was stuck in traffic for two hours, so we had the agape meal and went home.

But still, It should be possible to get the photos off it with the cable, if it takes them in the first place, that is. And, for all that it is supposed to be a 5 megapixel camera, the quality of the pictures isn't much better than the cheap Nokia I traded in for it.

And if want to send an SMS? The old Nokia Dumbphone would give me a list of contacts in alphabetical order, and I could send a message. If they were lower down in the alphabet, I could press the first letter of their surname and it would take me there. But not this one. This one gives me everything in no order, and lots ofpeople it has pulled in from Facebook and Gmail, who I don't have phone numbers for because they live in other countries. 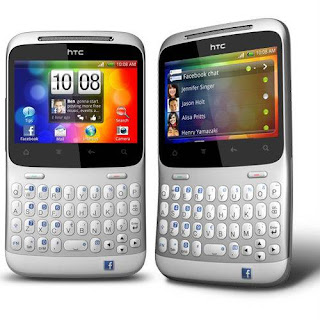 My daughter hears I have an Android phone and phones me and tells me of all the wonderful apps that I can download. Apps? Who needs apps? I'd be happy just to be able to make and receive phone calls, and to send and receive SMSs without being asked if I want to move buttons first. And to take decent photos.

And then, to crown it all, I get an SMS, from Vodacom, my service provider. They say that they hope I have enjoyed using the PROMDATA service, and that I can continue to use it by paying the regular rates.

I never heard of this PROMDATA service, and have no idea what I am supposed to be enjoying.

I go to their website, and got and make a cup of coffee while it loads. I search for PROMDATA, and go and clean my teeth while waiting for the answer to load. Not found. It seems that their Website has never heard of PROMDATA either.

I search around and click on a link to email them. After getting tired of waiting for it to load, I went to the kitchen and made a couple of slices of toast. Got back to the computer, and see that the page still hasn't loaded, so call up my e-mail program and dash off an e-mail asking about PROMDATA to help@vodacom.co.za, and cc it to support, info and a few other possibilities.

A slice of toast later the e-mail page has finished loading, so I copy the mail message I sent with my e-mail program, and paste it there. Send it. Ten minutes later it's back with a problem. It must have a 10-digit cellphone number. I count the digits I entered. Ten. What now? Oh, perhaps it doesn't like the dashes. Remove dashes and resend.

Ten minutes later it suggests that before sending I should look at their help pages to make sure that they don't have the answer to my question. One must not waste the precious time of the underpaid people at their call centre, you know. I look through some of the irrelevant questions to which they have given splendidly accurate answers. None of them say what PROMDATA is, and if they did, surely their search function would have found it 40 minutes ago? Surely? Surely?

So eventually it sends that too.

It has taken me about an hour to ask the meaning of one stupid SMS that they sent me. Not to find the meaning, just to ask about it.

In the mean time, if you have tried to phone me, and I haven't answered, then it may be because I didn't hear the phone ring (because I forgot to switch it back from "vibrate" after church), or because I heard it ring, and pressed the answer button, but it kept on ringing, or because it was waiting for me to move some button around the screen, or trying to determine whether I was at the gasworks.

Just send me an e-mail instead.

And preferably in plain text, without all those trade mark Euro thingies in it[1].

I just love 20-year-old technology, like e-mail. It's so much quicker and easier.

[1] The trade mark Euro things are another problem, and nothing to do with cell phones. It's just that some people send e-mails full of Trade Mark and Euro symbols, sometimes in the middle of words, which makes their messages hard to read.
Posted by Steve Hayes at 15:43

I don't have a smart phone, but Mr C does and I find it incredibly tedious. Slow to load pages as you mentioned and it keeps dropping calls or crackling.

I think I will stick with me good old pre smart phone Samsung. It makes good phone calls, I can send texts, get my email (although it won't load anything too large) and it takes good photos too!

That was very funny, Steve!
I have a Samsung Galaxy, and it's really hard to type on the touch screen. You have to stand absolutely still and even then I get spelling errors galore. I guess my fingers are just too broad.It's also taken to telling me, about 5 times a day, that I have 4 Facebook messages - hwhich is an untruth. And that I have decided not to download the MMS settings from Virgin, also about 4 or 5 times a day - that is true, because Virgin can't support the service. I configured them myself in desperation.
And taking ringing call? Same problem. The touch-and-slide action required is not quite natural to this relative of a chimpanzee.

Today you are You, that is truer than true. There is no one alive who is Youer than You. Love Sms
Love Text