We have visited several old friends on our holiday travels so far, most of whiom we had not seen for quite a long time. 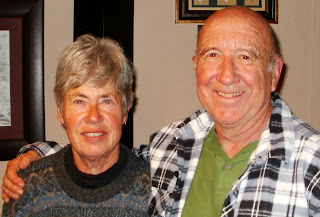 In Clarens we saw Dons and Anneke Kritzinger. Dons was a missiologist at the University of Pretoria, and once produced an interesting series of booklets on the uncompleted missionary task in the Transvaal. Even though they are now some 30 years old, they are probably still useful. Dons and Anneke retired to Clarens some years ago, and Dons is still active in the local congregation of the Uniting Reformed Church, and in an ecumenical clergy group in the town. 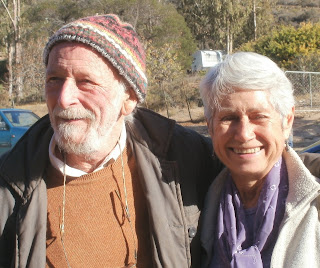 We stayed overnight in Barrydale, and saw Dick and Josephine Usher. I had not seen Dick for many years, and had never met Josephine. I knew Dick as a journalist on the Daily News in Durban in 1969, when he was a member of our Christian Institute youth groups, and we produced a magazine called Ikon, which proved far too radical for the Christian Institute, so we had to withdraw the first issue and publish it independently.I went to Namibia and Dick went to the USA, so we lost touch, though Dick later returned to South Africa and worked on the Sunday Tribune and The Friend in Bloemfontein. The timing of our visit wasn't too good, as Dick has cancer, and has to travel to Somerset West for treatment once a week, and found company rather tiring, but it was good to see him. 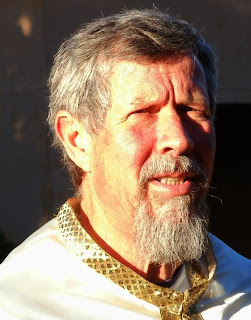 We went on to Robertson, where we visited a cousin, Sandy Struckmeyer, whom I had not met before, and then saw Fr Zacharias van Wyk (in the world Edmund), who has established an Orthodox centre just outside the town. The centre is described by Archbishop Sergios as almost a monastery, and certainly has the atmosphere of peace one finds in monasteries, Fr Zacharias used to come to Johannesburg to visit our parish of St Nicholas of Japan in Brixton.

We went on to Hermanus, where we stayed at the Volmoed community, and saw two old friends there. One was John de Gruchy, with whom I am writing a book on the charismatic renewal movement in South Africa, and the other is Barry Wood, whom I had met about 45 years ago at student conferences and the like, and last saw in 1982. We spent four days at Volmoed, which was very peaceful and beautiful, and then went to Villiersdorp and Cape Town.
Posted by Steve Hayes at 20:40

It sounds like you are having a great time :-)

I hope you enjoy the rest of your holiday.