A lot of people mocked George Bush when he proclaimed "mission accomplished" after the US invasion of Iraq.

Well, perhaps it was a bit premature, but time is proving him right, as these reports show.

Robert Fisk: Exodus. The changing map of the Middle East:

Across the Middle East, it is the same story of despairing – sometimes frightened – Christian minorities, and of an exodus that reaches almost Biblical proportions. Almost half of Iraq's Christians have fled their country since the first Gulf War in 1991, most of them after the 2004 invasion – a weird tribute to the self-proclaimed Christian faith of the two Bush presidents who went to war with Iraq – and stand now at 550,000, scarcely 3 per cent of the population. More than half of Lebanon's Christians now live outside their country. Once a majority, the nation's one and a half million Christians, most of them Maronite Catholics, comprise perhaps 35 per cent of the Lebanese. Egypt's Coptic Christians – there are at most around eight million – now represent less than 10 per cent of the population.

The invasion was calculated to destroy Christian communities and to make sure that radical Islamists had more say in the running of the country, and that is being achieved.

So what really lies behind the decision by Iraq's high tribunal to pass a death sentence on Tariq Aziz, long serving Iraqi foreign minister and number two to Saddam Hussein? The decision has caused shock waves around the World, largely because the sentence has the feel of vengeance to it. The Iraqi High Tribunal took what must be a highly unusual step in effectively rescinding the earlier judgments against him. For Tariq Aziz’s twenty seven year sentence has effectively been reduced to a matter of months by his death sentence. Aziz has now been found guilty of “the persecution of Islamic parties”, whose leaders were assassinated, imprisoned or forced into exile. 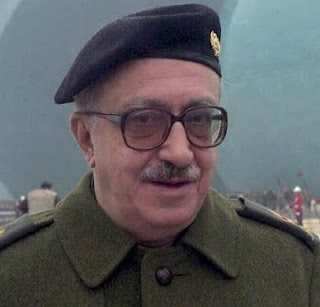 Now I don't think harrassing leaders of Islamic parties (or anyone else) is a good policy, but nor do I think that the assassination, imprisonment or sending into exile of Christians is a good thing either, and that is one of the chief "accomplishments" of George Bush's mission. Replacing one evil regime with another is really not a useful exercise.

Tariq Aziz is of course a Chaldean Christian, who along with the Assyrian Christians, have suffered terribly since the War, with more than half of their number now living in exile. Being the only Christian in a secular Ba’athist dictatorship was a factor apparently exploited by Saddam, with veiled threats being made periodically to Aziz’s family. I remember being in Iraq and hearing that Aziz feared Saddam, and that he was only too aware of the fragility of his family’s safety. Which is not to excuse Aziz for “following orders”, but it may go some way to explain why Aziz stayed in Baghdad even when it was obvious to him, if not Saddam, that America and Britain were deadly serious about invading.

The destruction of Christian communities in the Middle East surely cannot be described as an unintended consequence of the invasion. It was both forseeable and foreseen, and therefore must have been intended. It is an integral part of the Bush-Blair legacy. It is said that one should not ascribe to malice what can be explained by ignorance and stupidity, but the leaders of the most powerful nation on earth cannot have been that stupid.... can they?
Posted by Steve Hayes at 18:57

Well said. It's a bit like what I used to wonder about the security police here: are they just really stupid or really evil?