A couple of days ago I participated in a webinar on Imagining Ecological Pasts and Futures: Folklore, Fantasy, and Speculative Fiction in the Climate Crisis, in which one of the speakers, Gina Lyle, spoke on "Fantasy, Ecology and Children's Literature".

Immediately after the webinar I happened to finish reading the third volume of The Spiderwick Chronicles, and it ended with a trope that seemed very applicable: children meet elves who are hostile to humans because of the damage that humans cause to the environment. The same trope may be found in The Moon of Gomrath by Alan Garner, where the elves of Sinadon come to Fundindelve, and show a similar hostility to human children for the same reason.

Lucinda's Secret by Tony DiTerlizzi
My rating: 4 of 5 stars

This is the third book of the Spiderwick Chronicles. I've read the first, but the second was not in the library, so I'm having doubts about whether I'll be able to read and review the whole series, in which the Grace family go to live in an old house belonging to a great aunt, and find it has some strange inhabitants.

The main character seems to be Jared Grace, aged nine, with his twin brother Simon, and their older sister Mallory, aged 13. They discover a book about faeries, which apparently belonged to their great uncle, who disappeared many years before. But the faeries, or some of them, want the book, and seem determined to get hold of it, by fair means or foul. Each volume in the series is fairly short, about 100 pages, of which nearly half are taken up with illustrations. The ecology trope is seen here:

The leaf-horned elf sniffed. "We have long known that mankind is brutal. Once, at least, humans were ignorant. Now we would keep knowledge of our existence from you to protect ourselves."

"You cannot be trusted. You cleave the forests." Lorengorm scowled and his eyes flashed. "Poison the rivers, hunt the griffins from the skies and the serpents from the seas. Imagine what you could do if you knew all of our weaknesses."

In The Moon of Gomrath the same trope appears:

... no elf has a natural love of men; for it is the dirt and ugliness and unclean air that men have worshipped these two hundred years that have driven the lios-alfar to the trackless places and the broken lands. You should see the smoke-sickness in the elves of Talebollon and Sinadon. You should hear it in their lungs.  That is what men have done.

There is a similar trope in Prince Caspian by C.S. Lewis:

He remembered that he was, after all, a Telmarine, one of the race who cut down trees wherever they could and were at war with all wild things; and though he himself might be unlike other Telmarines the trees could not be expected to know this.

For more on this and similar themes see Inside Prince Caspian. Though in that case it is trees rather than elves, the theme of ecological damage is similar. 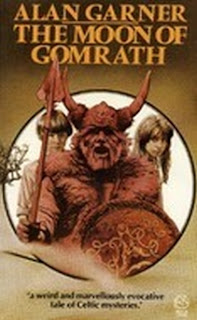 Another similarity in all three instances is that the children, though not necessarily personally responsible for the evil, nevertheless belong to the the race that has caused the evil, and are hated or feared for it. In other contexts, this phenomenon is known as "white privilege". In all three instances mentioned here, the children belong to a class that has been enriched by damage they have inflicted on the environment that others depend on, and the children have benefited from that enrichment. The children were not aware of the damage, having been insulated from it by their privileged position.

In C.S. Lewis the context is more colonialism -- the Telmarines are conquerors, and implicitly propagate an ideology of Telmarine supremacy. A similar ideology characterises Weston, the villain of his adult science fiction series, with capitalism being represented by his partner Dick Devine who, while not an allegory of Cecil Rhodes, is at least cut from the same cloth. Both are combined in Prince Caspian.

I'm sure other instances of this trope could be found in children's literature -- environmental destruction, children as unconscious beneficiaries, and the resentful victims.