She plays with the darkness

She Plays with the Darkness by Zakes Mda
My rating: 5 of 5 stars

Zakes Mda tells the truth about southern Africa, in that he gives a good picture of life and what makes people tick in various parts of the subcontinent; in this case, Lesotho. People sometimes distinguish between "character-driven" and "plot-driven" novels, and this one is definitely character driven.

The protagonists are the ambitious materialistic Radisene, who is always pursuing get-rich-quick schemes, and his mystical rather other-worldly sister Dikosha. They grew up in the mountain village of Ha Samane, and Zakes Mda paints a picture of village life which one cannot help but feel is authentic (Mda, though born in South Africa, grew up in such a village in Lesotho when his parents became political refugees). Like most small rural communities, Ha Samane thrives on gossip, and everyone knows everyone's business, with the exception of Radisene, who moves to the capital Maseru as soon as he leaves school. And Dikosha, who lives in a world of her own, with people of the past. 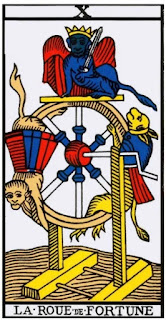 There are other memorable characters too. There is Sorry My Darlie, the professional soccer player who incites Radisene's envy and ambition with his affluent lifestyle, but he is also consumed by a hopeless unrequited love for Dikosha. There is the policeman, Trooper Motsohi, whose fortunes rise and fall usually in opposite cycles to Radisene, and also with the political changes in Lesotho, which are punctuated by coups. So when Trooper Motsohi is in the ascendant, Radisene's fortunes decline, but when the wheel turns their positions are reversed, and as the story progressed I was constantly reminded of the Tarot card of the Wheel of Fortune, which seemed to apply to the lives of many of the characters.

I remember the 1970 coup in Lesotho, when Prime Minister Leabua Jonathan, on discovering that he had lost an election, got the army to seize power and keep him in power. At the time we thought it was Greek-style democracy, as a group of colonels had seized power in Greece three years earlier in similar circumstances. This was featured in the film Z. A couple of years later the same thing happened in Chile. There was a saying, "Where there's a coup, there's a Colonel" and we used to speak of "Colonelissimo in Excelsis Leabua Jonathan". But what we didn't realise at the time was the extent of repression of the the ordinary citizens of Lesotho, which Zakes Mda brings out in his book.

It is a rather sad book, as we follow the lives and fortunes (and misfortunes) of the main characters, but also there is the feeling of life going on, seed-time and harvest, births and funerals, continue as people appear on the scene and depart.