A tale of two tales

A few days ago I posted a couple of stories on Facebook. I thought one story was important, the other trivial. Facebook, and Facebook users, however, reversed the order. The trivial story got far more exposure, and elicited many more comments.

One story was prompted by an interesting cultural difference. I had gathered from several blog posts and comments that many American readers of C.S. Lewis's book The Lion, the Witch, and the Wardrobe had never heard of Turkish Delight before they read their book, and some commented disparagingly on the sweet when they did encounter it, saying how disappointing they found it. 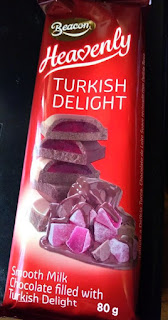 Clearly when Lewis wrote the story he expected his readers not only to know what "Turkish Delight" was, but also to think of it as a sweet that, once you had had one, you wanted more. It's perhaps a taste not shared by everybody, but it's one I share with Edmund in the story, and my family often give me Turkish Delight for Christmas and birthdays -- lemon and rose flavoured, all over icing sugar. And I have to restrain myself from consuming it all in one day.

Last Sunday my wife Val went to the shop after church (at home in the sitting room, just the family, under Covid-19 lockdown) and as a Sunday treat returned with a bar of Turkish Delight chocolate, and it reminded me of how it was apparently unknown in American culture, and so I posted a picture of the wrapper on Facebook, which elicited a large number of comments.

I note that in Greece what the English call Turkish delight is called loukoumi, and it is usually offered, with a glass of raki to visitors to monasteries, but that was not the point of this particular story, which was the ignorance of Turkish Delight in American culture, which perhaps caused a point made by the book to be missed.

The other story, which I believe was far more important and significant, was Chicago schoolgirl Katarina Ristić removes anti-Serb bias from history textbooks.


Fourteen-year-old schoolgirl Katarina Ristić took on a Chicago school board about their anti-Serb history curriculum. And won.

How far would you go if you (or your child) had to write a school assignment on the genocide that Serbia conducted against Bosnia which killed 200,000 Muslims?

Reading it took me back 45 years to Durban North, where 10-year-old Kerry Murdoch's mother was called to her daughter's school by the principal and asked to deal with her delinquent daughter. What had Kerry done? She had been cheeky to her teacher by objecting to her referring to black people as "kaffirs". Her mother told the head "I'm proud of her, and I hope she does it again if the teacher behaves like that." 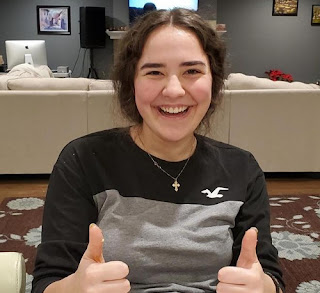 Katarina Ristić went further, and took on the whole district school board, and had biased history corrected.

I remember the Wars of the Yugoslav Succession. They are in living memory for many people. And I remember the Western media broadcasting Nato warmongering propaganda day after day, with not the slightest attempt to audi alterem partem (a legal principle, which means "hear the other side"). It all came straight from the mouth of one Jamie Shea, who became the face of Nato war propaganda.

And it seems that that propaganda was being reproduced, unadulterated, in the history syllabus of Chicago schools until Katarina Ristić stood up for truth and justice.

For those who may have forgotten, or who may be too young to remember, I've written more about the background to the Wars of the Yugoslav Succession here: Nationalism, violence and reconciliation.

And it seems that this brings out something in Lewis's story. Facebook is the witch, who offers the users (Edmund), not perhaps Turkish Delight, but eye candy,. so they are attracted by which is bright and glittery and shallow, so that, like Edmund, we are distracted away from concern with truth and justice and courage and loyalty, and become statues in the Facebook castle.