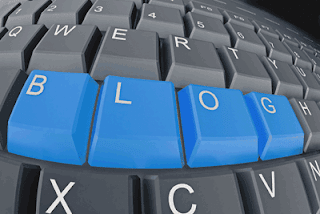 Twitter is popular because it is easy. It is easy to setup, easy to copy-paste links into, and easy to write 140 character bits. But, having your own blog remains the strongest platform if you’re serious about sharing ideas and having a continued dialog with the world. Blogging is the antithesis of easy, however it is far more rewarding.

I'm blogging about this in several places, because I think it's quite important.

I joined it about 3 years ago (on 14 April 2007, to be precise), and I didn't see much use for it. I thought it would be good for messages to let family members know that I'd be late home for supper because I was stuck in the traffic. The trouble is, no other members of my family were interested in joining Twitter, so they'd never read the messages anyway.

Then some people began to follow me on Twitter, and I began to follow some people I knew, so I began using it to let people know about stuff I or others had written elsewhere that I found interesting. There's not much you can say in 140 characters, but you can use it to post a link with a brief description.

One problem with that was that some links were too long, so there was no room for description, and in some cases the link itself was over 140 characters. Well, there's always TinyURL, but it's a bit of a schlep to go to Tiny URL to shorten the link and then post it on Twitter. Then I discovered su.pr. That automatically shortens the links for you and posts it on Twitter for you, and gives you some interesting statistics on the fate of your tweet.

Social networking sites are threatening the Web's core principles by collecting and retaining users' information--from their contacts to their photos to their email addresses--then offering up that information to users only within their own websites, Berners-Lee argued.

'Each site is a silo, walled off from the others,' he explained. 'The more you enter, the more you become locked in. Your social networking site becomes a central platform - a closed silo of content, and one that does not give you full control over your information in it.

He warned, 'The more this kind of architecture gains widespread use, the more the web becomes fragmented, and the less we enjoy a single, universal information space.'"

And for those who think that bloggin is too difficult and tweeting is too easy, there's a useful compromise in sites like Tumblr and Posterous, which let you post by e-mail, or from a link in your browser, but don't limit you to 140 words. You can see mine at Marginalia.

I find Tweets without links are often qute frustrating. Someone has said something interesting -- but there is no link to where they said it or where one can find more.

So Tweet if you must, but blogging's better.
Posted by Steve Hayes at 08:39