Apartheid lunacy returns -- or did it never really go away?

You can't make this stuff up. More than a quarter of a century after the end of Apartheid, a teacher is being disciplined for not sticking with his "official" apartheid-era race classification: 'Coloured' teacher on fraud charge for saying he was 'African':


A Western Cape teacher has been summoned to a disciplinary hearing on Wednesday for claiming to be “African” in his CV, instead of sticking with his “official” coloured identity. Glen Snyman, a teacher at Grootkraal Primary School in Oudtshoorn, allegedly self-identified as African when applying for a principal's job at another school in October 2017. He ultimately didn't get the job. 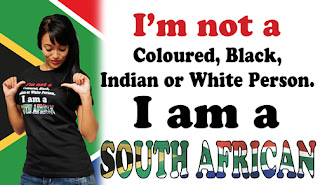 It seems that racism is now growing all around the world, as "race" becomes more and more important in so many people's minds for evaluating people's place in society and one's relationship to them. The demons of apartheid have been around for too long, and it's high time we exorcised them.