Bloated job titles and other examples of diseased language

There's an outfit called TGIF (Thank God It's Friday, in case you didn't know) that holds weekly Christian discussion meetings in the Seattle Coffee Shop Brooklyn Mall at 6:00 am on Fridays. I've been to a few of them when the topic has interested me, and I get the weekly notices of topics to see whether they may be of interest. This week's notice had some comments on inflated job titles, which I thought were worth sharing:

Job title inflation: It started when the guy who fixed my washing machine introduced himself as the Maintenance Engineer, only to be trumped by the plumber who became a Drain Surgeon. Run-of-the-mill assistants are now Facilities Administrators, 1-person organisations are headed by CEOs or Presidents, and Churchianity has seen a few (self-appointed?) Apostles of Faith and Anointed Prophets. The herbalists whose pamphlets you get given at the traffic lights are all "Dr" or "Prof", except for the one who promotes himself as "Almighty Healer, Spirit from the Mountain and the Head of all Healers Herbalists in Africa" (sic).

While on the topic of language and usage, I also recently saw this on Facebook: 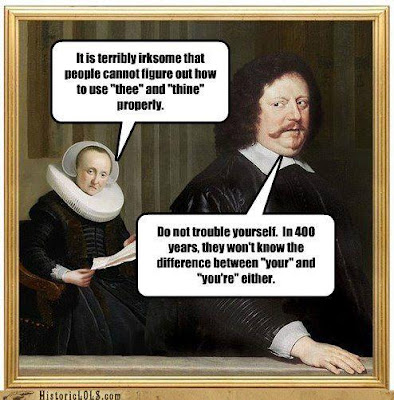 And while we were on holiday recently we stopped for lunch at Maxi's Cafe in Bethal in Mpumalanga, and there we saw this sign. 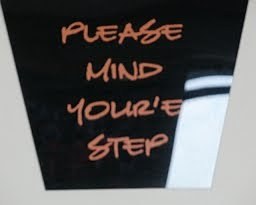 I used to know that as the "greengrocer's apostrophe", but Maxi's isn't a greengrocer.

Oh well, at least I'm not seeing "a waist of time" as much as I used to see it online in the early 1990s, so some things are improving.

As the saying went in the early 1990s, "Put knot yore trussed inn spell chequers."
Posted by Steve Hayes at 08:35