The Quiet American by Graham Greene
My rating: 5 of 5 stars

I think this is one of Graham Greene's best books. I find Graham Greene a bit like Stephen Kind -- I like some of his books a lot, and others I don't like much at all. This is definitely one that I liked.

Thomas Fowler is a reporter for a British newspaper, reporting on the French colonial war in Vietnam when the Americans are just beginning to get involved. One of the new people at the American embassy, Pyle, tries to befriend Fowler, and falls in love with his girlfriend, Phuong, whom he steals, ever so politely. 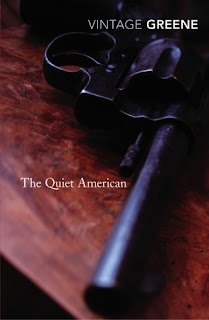 Fowler tries to be neutral in his reporting, and to remain uninvolved, but Pyle's role causes him to reexamine his approach, and but he is never sure whether his actions are due to Pyle's political role or his own jealousy.

Perhaps one reason that the book appealed to me so much is that it reminded me of my time in Namibia in the early 1970s. Namibia was then in a colonial situation, under South African rule, as Vietnam had been under France 15 years earlier, and I was, like the protagonist in The Quiet American, a journalist. And something Greene wrote illuminated a difference that I was aware of, but fund difficult to describe.

In December 1971 there was a big strike of Ovambo contract workers in what was then known as South West Africa. One of the interesting differences in the approach to journalism came on the second day of the strike, Tuesday 14th December 1971. My friend David de Beer and I worked for the local Anglican Church, and I also worked on the local paper, and we were also stringers ("correspondents") for the Argus Africa News service, which supplied most of the South African evening newspapers. But the strike was big news, so some of the newspapers sent their own in-house reporters to cover it, and one of them was Alan Hardy of The Star of Johannesburg.

Pastor Maasdorp of the Lutheran Church had said that one of their evangelists had been arrested in the Ovambo compound, and that Pastor Haufiku was busy trying to bail him out. Alan Hardy immediately phoned Brigadier Brandt, the local police chief, who denied that there had been any arrests. Dave and I went out to see Pastor Haufiku to check up, and he confirmed it, and said he would take us to see the evangelist, Thomas Nalupi. And Thomas Nalupi showed us his admission of guilt receipt.

This ties up with an interesting passage in The Quiet American, where the protagonist, the journalist Thomas Fowler says:


It had been an article of my creed. The human condition being what it was, let them fight, let them love, let them murder, I would not be involved. My fellow journalists called themselves correspondents; I preferred the title of reporter. I wrote what I saw. I took no action—even an opinion is a kind of action.

Alan Hardy was a reporter, Dave de Beer and I were correspondents. And that describes the difference between us. To confirm a report that there had been arrests, the reporter asked the chief of police. That would never have occurred to us correspondents. For us the convincing evidence was the admission of guilt receipt. 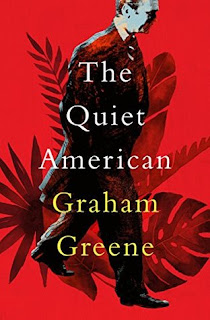 There was more, perhaps. Alan Hardy was a bit older than us, but not by much. But he belonged to a different generation. We belonged to the 1968 generation. It had been, for both Dave and me, our last year as full-time students, and that was the year of student power, which had been immediately preceded by the year of flower power. But both hippie flower power and student power shared a distrust of authority. I had even developed a theological rationale for it. One of the slogans was "Don't trust anyone over 30," and I had just passed my 30th birthday, though I thought the least trustworthy age was between 40 and 60, when people were at the most powerful stages of their careers and were most likely to be embedded in and thus wedded to the System.

Of course the trouble with us was that we seldom adhered to the "audi alteram partem" rule, but then neither did the establishment reporters. They put the point of view of the establishment, businessmen, employers, government officials, whereas we reported what we heard from the underside -- the strikers and ordinary workers and those who ministered to them. And Graham Greene in this book illustrated the difference very clearly.

And perhaps even more clearly he showed the shallowness and folly of much American foreign policy. Pyle, the eponymous "quiet American", was a fan or a particular (fictional) foreign policy wonk called York Harding. And at one point Dave de Beer met just such an American foreign policy wonk by the name of George Kennan, who struck Dave as incredibly naive. Kennan talked as though all he had to do was press some magic button in the depths of the Pentagon and all Namibia's problems would be instantly solved.

I have sometimes wondered since then whether George Kennan was playing some devious game, and trying to appear more naive than he actually was, but since reading Graham Greene's book I wonder if he wasn't the model for York Harding.