Time Traveler by Merriam-Webster: Words from the year you were born

A friend posted a link to this site, which shows when certain words first appeared in print. I found quite a few surprising ones. Time Traveler by Merriam-Webster: Words from 1980:


When was a word first used in print? You may be surprised! Enter a date below to see the words first recorded on that year. To learn more about First Known Use dates,

My friend was born in 1980, and some of the ones I found surprising for that year were: BIOS, expansion slot, freewriting, green fingers, gridlock, heavy lifting, Usenet, and yuppie.

I really thought that most of them were older. Then I went back to the year I was born, 1941. There were a few surprises there, but perhaps there were some words that could be said to have defined my life in some ways, such as: 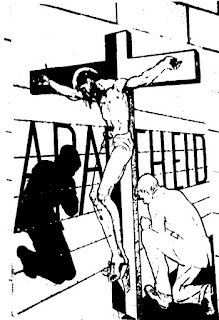 anti-totalitarian -- I was born in South Africa in 1941, and in 1948 the National Party, with its totalitarian policy of apartheid, came to power.

apparatchik -- linked to the previous one. The struggle against the apparatchiks, the petty authoritarian bureaucrats of the apartheid state.

identity crisis -- spin-off from apartheid. Apartheid told you that your racial identity was the most important thing about you. Without racial identity you were nothing and nobody.

kissing cousin -- I became interested in family history because I wanted to know who my cousins were. I'm still not sure how kissing cousins differ from other cousins, though.

klatsch -- for the last four years one of the highlights of our month has been a literary coffee klatsch.

Klein bottle -- today at TGIF we discussed the mystery of consciousness. I've been thinking about it for quite a while. If you want to know what Klein bottles have to do with consciousness, see here.

metalinguistic -- I've been interested in language and culture for most of my life, and quite a lot of my blog posts have been about the relation of language to culture.

multiethnic -- one of the defining periods of my life was when a group of us set out to establish a multiethnic Orthodox Church in Johannesburg in the mid- to late 1980s.

So those are some of the words of my lifetime, and my life.

Please explain your interpretation of the picture in this blog.