When I have a few minutes to spare I sometimes go to the Quora Question and Answer web site and see if there are any questions I can answer. One can learn quite a bit about popular culture and conventional wisdom from the kinds of questions people ask.

In this time of corona virus and stayhome injunctions there are quite a lot of questions on those topics, but one that rather surprised me was how many questions there were along the lines of Why did the South African government ban the sale of liquor?

Do the people who ask such things think that the ban on liquor sales was bad? How does it differ from banning the sale of books? The aim is not to stop people reading, but to stop the congregating in book shops and bottle stores. It makes little difference whether you congregate in a book shop or a bottle store -- the physical proximity to other people is more likely to spread the corona virus, and that is what the government is trying to prevent, not drinking or reading. There is no ban on the sales of e-books over the internet, because that does not require physical contact. 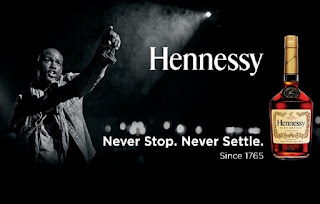 But perhaps the liquor conspiracy theorists do have a point. The government wants us to stay at home to avoid spreading the corona virus. The last thing they want is people heeding the Hennessy brandy injunction to "never stop, never settle". Maybe that's it.

Just stop, settle down at home, and curb your wanderlust by pouring that Hennessy brandy down the drain.

Another question on Quora was Why are they rioting in South Africa?

I wondered who "they" were. It was news to me, so I watched one of the South African TV news stations instead of Al Jazeera, in the hope of learning who "they" were. News item about the police arresting people for buying and selling fake informal trading and travel permits as exceptions to the lockdown. Another on the Waterberg Welfare Society making its hospice available as a quarantine centre. Looks like those exciting events have driven boring stuff like riots right off the news pages.

Not to mention all the questions about all the things that got left out of the Bible.
Posted by Steve Hayes at 18:11