There have been reports on Twitter that Professor Steve de Gruchy has been missing since Sunday after tubing at Mooi River. 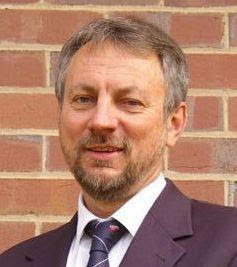 Professor Steve de Gruchy is an ordained minister in the United Congregational Church of Southern Africa (UCCSA), Professor of Theology and Development at the University of KwaZulu-Natal, South Africa. He also serves as Head of the School of Religion and Theology, and has been Editor of the Journal of Theology for Southern Africa since 2003.

The most recent news on Twitter, at the time of writing, was:

delmelinscott Please pray for Prof Steve De gruchy. He is missing after a tubing incident in Mooi River yesterday. http://myloc.me/43IkH

I have been working with Steve de Gruchy's father, Professor John de Gruchy of the University of Cape Town, on a research project on the history of the charismatic renewal movement in Southern Africa.

New reports say that since there has been no sign of him since Sunday, he is presumed to have drowned.

Steve, I'm really sorry to hear this, having read his (and his father's?) excellent books on The Church Struggle in South Africa...

Remembering im in prayer this morning.

I can't be sure of my facts here but there do seem to be many caucasians who go missing. I might be wrong.